Home » Swimming Pool Kit Articles » How Much Money Will a Variable Speed Pool Pump Save in Utility Expenses?

Save Energy and Dollars with a Variable Pool Pump 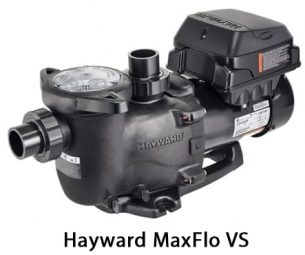 If you’ve been considering buying a variable-speed pool pump, you’ve probably heard it could save you money on energy costs. But in case you aren’t sure that the potential savings are worth the cost or how much money will a variable speed pool pump save in utility expenses, below is some information that might help.

The Pump Affinity Law is a term used to express the relationship between motor speed, flow rates, and energy consumption. While some energy savings come directly from improved motor efficiency, the majority of energy savings gained by replacing a single-speed pump with a variable speed pump is due to the Pump Affinity Law. This law quantifies that power consumption drops at a nonlinear rate as you reduce pump speed and water flow. When you cut the motor speed in half, the flow rate is also reduced to half, but the power consumption of the pool pump is reduced to 1/8th of the original draw. The following chart demonstrates how the pump speed and flow rates directly impact power usage. Remember, most single-speed pumps have a standard 3,450 rpm speed that cannot be adjusted, even when a flow rate is much less than 66 gpm is required, as depicted in the example in the table below from the Department of Energy. 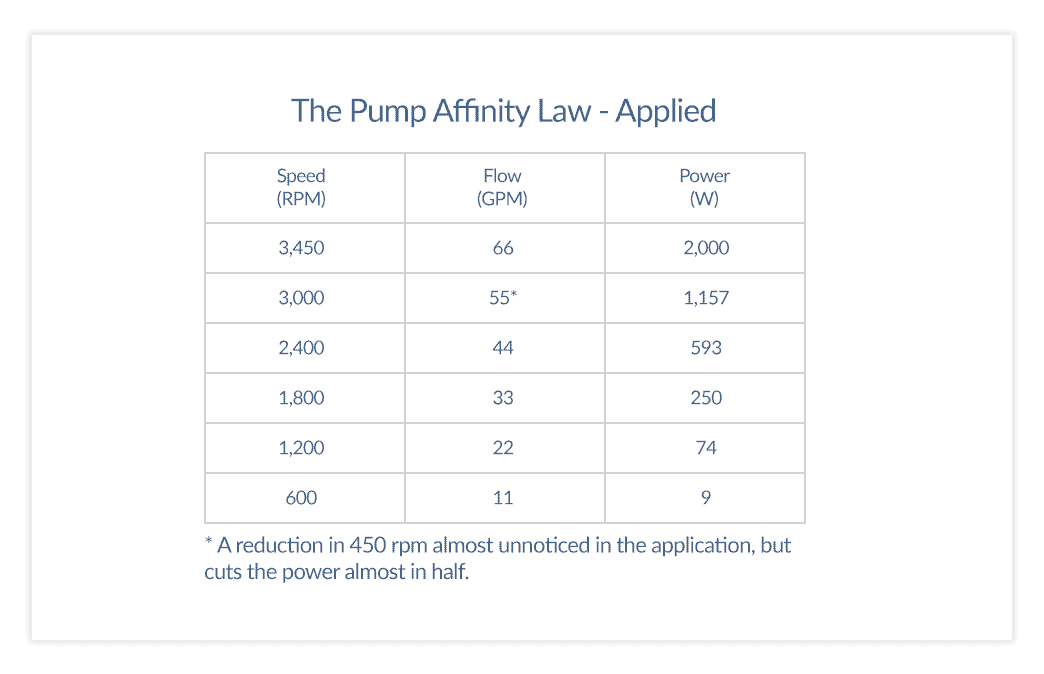 The following example illustrates how replacing a single-speed pump with a variable speed pump can create significant energy savings.

However, because of the Pump Affinity Law, slower flow rates create greater energy savings. In the field, a variable speed pump set at a flow rate of 22 gpm will draw 116 watts and turn the pool over in 19 hours but only consume 2.2 kWh of electricity.

This is a savings of 10.4 kWh per day or approximately 3,796 kWh per year. The average retail price of electricity to residential customers in California, where there are an estimated 1.1 million in-ground pools, is 15.3 cents per kilowatt-hour. Following this example, the homeowner could realize a savings of $582 annually on their electric bill.

The average retail price of electricity to residential customers in Florida is 100.4 cents per kilowatt-hour. Following this example, the homeowner in FL would realize a savings of $432 annually on their electric bill.

From the US Department of Energy Measure Guideline: Replacing Single-Speed Pool Pumps with Variable Speed Pumps for Energy Savings

How Much Money Will a Variable Speed Pool Pump Save in Utility Expenses?

If you have any questions about variable speed pool pump savings please feel free to give us a call at 1-800-515-1747 or send us an email, [email protected]